How Steam Showers Can Shorten Colds and Flu to Improve Health

When we get sick and start to run a fever  this usually means the body is suffering from some type of infection, caused by bacteria or a virus. When we get a fever, we know we must be sick. However, did you know that if we raise our body temperature creating an artificial fever in the body can promote the body’s immunity to fight infection and other ailments to make our body more resistant to illness and if we are sick already we can boost the bodies white blood count to quickly knock out any illness before it takes hold ? That’s where steam therapy comes in to boost immunity and relax the body.

For generations medicine has tried to suppress fever, believing it to be a state detrimental to the body. Latest findings show that fever can not only significantly strengthen your body’s defense system, it appears to be a critical component in immune function. As such, so the new findings indicate, when it occurs naturally, for instance as a response to infection, it should not be completely eliminated by drugs the way we have been wont to do. Fever weakens the force of invading enemies and is a potent positive force for fighting infections. Some scientists now believe that, because of its many immune-supporting characteristics, even when fever is artificially induced in a healthy body by saunas, Turkish baths or vigorous aerobic exercise it can act as a powerful prophylactic to aging, it can increase vitality and it can help provide you with a high level of well-being. With the use of steam therapy and the therapeutic effects of steam on the body, steam showers can be used to create an artificial fever in the body. The results are increased immunity, increased production of white blood cells and a surprisingly long list of health benefits from the use of bathing with and relaxing in steam. 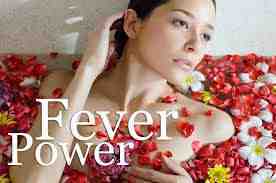 Hippocrates believed that an artificial fever would encourage the body to fight infection and sickness. He hypothesized that a fever could help the body overcome and heal more quickly from common ailments. Hippocrates’ theories became a part of Ancient Greek medicine and steam therapy is commonly used today for medicinal reasons. The ancient Greeks and Romans widely used steam baths for there health.

Countries around the world have long used steam for bathing because of the many health benefits associated with it. The Japanese, Chinese and Native Americans are a few of the cultures that use steam in bathing to treat illness. The Mayans, Romans and Greeks also bathed with steam.

The hot steam  from your steam shower makes the body sweat; during sweating, the body excretes toxins and waste. The result is purified, clean skin that looks and feels healthier. The skin is also soothed and dry skin disappears.

It is also believed that steam helps treat these conditions:

The respiratory issues helped by steam include asthma, bronchitis, congestion, allergies, and more. Steam also helps with inflammation, relaxation, insomnia and common colds and the flu. Furthermore, steam helps with cardiovascular issues by increasing blood circulation in the body. The steam encourages blood vessels to expand.

Steam therapy increases blood circulation and helps heal sore muscles. Hydrotherapy in all-in-one steam showers also soothes tired muscles through massage. Body massage jets in the shower panels deliver streams of water that massage pressure points in the body. Taking a relaxing steam shower before and after a workout will help decrease soreness and muscle aches and aid in recovery of sports injuries.

Through the daily use of steam showers, you will increase your metabolism, increase your body’s chances of fighting infection, enhance your relaxation and expose yourself to a whole host of beneficial effects to your health. You will look better and feel better as steam cleanses the skin and soothes the muscles and the body’s respiratory system.