Many people don’t realize it, but toilets have changed and evolved greatly over the last 20 years. Heightened awareness of the environment and an increased emphasis on style and cleanliness has led to a much wider selection of toilets than ever before. Faced with such variety, what factors should you consider when choosing a new toilet?

THE EVOLUTION OF LOW-FLOW TOILETS

As people become more aware of water as a limited resource, most jurisdictions in North America mandate the use of Low-flow toilets (typically 6 litre tanks or less). Additionally, many areas offer rebates for Water Sense approved models featuring dual -flush capability. But many people are leery of Low-flow toilets, mainly because of their reputation in the early 1990s. In the 1990s legislation was adopted in many areas aimed at reducing water usage in toilets. Unfortunately, these new standards were enacted without allowing manufacturers time to redesign their products. In response, many manufacturers simply reduced the capacity of the toilet tank, without changing the underlying design. Predictably, these toilets were not efficient at removing waste with significantly less water. Swiftly, Low-flow Toilets acquired a poor reputation, as many required multiple flushes to fully clear the waste from the bowl. Current Low-flow toilets are a very different proposition. Water flow has been completely re-engineered, and changes in manufacturing have alleviated the problems associated with the first generation of Low Flow toilets. Modern models, from manufacturers such as EAGO™, are engineered with low flow usage in mind, rather than being an existing design modified to comply with new regulations. Features such as siphonic jets surrounding the rim of the toilet bowl, and a large 3” flushing valve are standard features on EAGO™ Low-flow toilets.

Additionally, most first generation toilets left a rough surface on the drain portion of the toilet.  Modern toilets, such as from EAGO™, are manufactured with a fully glazed p-trap. This greatly reduces the amount of solid material that adheres to the walls. This commitment to full glazing ensures that blockages do not build up over time, and additionally protects the bowl from staining and discoloration.

The Low Flow toilet has evolved greatly since its shaky introduction. Combining top engineering with high quality components and attention to detail, modern Low-flow toilets are the best of both worlds – an ecologically responsible toilet that actually gets the job done.

The dual flush is a very popular feature of many modern toilets. Unlike a traditional toilet, most dual flush toilets have two buttons instead of the customary lever. Press the first button and the toilet performs a standard full volume flush. But to dispose of liquid waste, press the second button and a low volume flush clears the waste with a minimal volume of water. Be ecologically friendly and sanitary at the same time. 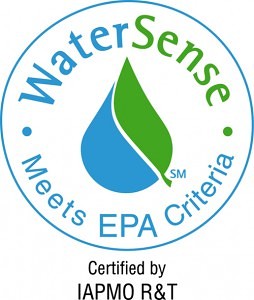 Another advantage to a dual flush toilet is that many jurisdictions offer an incentive to change your toilet to a more water wise model, usually in the form of a rebate, to upgrade to a dual flush model. Most rebates require toilets to be labelled with the WaterSense accreditation. For example, most EAGO™ dual flush toilets are WaterSense approved and qualify for local rebate programs, usually about $50 per toilet. Check your local jurisdiction for details on rebate programs.

ONE OR TWO PIECE

Toilets come in two major categories – one and two piece toilets. A two-piece model, appropriately enough, comes in two pieces – the bowl, and the water tank. While slightly less expensive, they are also more difficult to install. And because of the two piece design, they typically have many nooks and crannies, making them more difficult to keep clean. Usually two-piece toilets require the seat to be purchased separately, as well. In recent years, one piece toilets have become the favoured option for most people.  While slightly more expensive, the one piece toilet is favoured both for its style, and its ease of cleaning. The integrated tank and bowl creates a much more streamlined and stylish look, and you don’t have to worry about leaks between the tank and the bowl. Toilets also come in skirted and un-skirted models. Most people tend to prefer the skirted model, especially on one-piece toilets. Not only does the sleek look enhance the modern style, the smooth surfaces make cleaning a snap. Check out EAGO™ brand toilets for examples of beautiful, fully-skirted one-piece models.

ROUND OR ELONGATED BOWLS

Toilet bowls can be roughly divided into two categories – round or elongated. While many people prefer the comfort of an elongated bowl, there are a couple of things to consider before buying an elongated bowl. Firstly, carefully consider the size of your bathroom. Elongated bowls can extend up to 31” from, while the largest round bowls only extend 28” from the wall. This difference may seem small, but many people have experienced problems with shower and vanity doors opening. In many bathrooms, three inches is a significant difference. Secondly, if possible, take the time to check the toilet for comfort. You might feel a bit unusual, but humans come in a wide variety of shapes and sizes. You are likely to use your toilet every day for upwards of ten years, and comfort is sometimes not given sufficient consideration.   Finally, because of the additional material involved, elongated toilet bowls are typically more expensive. Consider whether the additional expense is justified, particularly for many half baths and powder rooms. Most people find the extra comfort from an elongated toilet to be well worth the small extra cost and they have a much better aesthetic looking appeal as well.

Choosing a toilet is no longer as easy as it once was. But the wide variety of styles and features means that with a little thought, you can end up with a toilet that not only does its job in an ecologically sound way, but enhances the style and aesthetic of your bathroom. Considering that most toilets will be used for a minimum of ten years, a little bit of investigation for the right toilet is a wise investment of time.